The introduction of Judy–A Garland Fragrance by Vincenzo Spinnato was a big hit at the iconic entertainer’s 100th Birthday Gala and Fragrance Reveal in Hollywood, California, June 10th, 2022. The star-studded event took place at the historic Ebell of Los Angeles where, in 1934, Francis Gumm, later known as Judy Garland, was discovered by MGM representatives.

• Ms. Garland’s Juvenile Oscar, which had not been seen in over 50 years, was displayed in the Ebell Theater – as well as her infamous fedora hat.

• Barcelona Spain’s Fernando Madrid, Rebeca Olmos and Albert Iglesias, from their company called chök, created a 100th birthday cake and amazing chocolate edibles of all kinds — and doing so by including various ‘notes’ (ingredients) used in making the fragrance.

• Scott Henley launched his Judy Garland ‘Get Happy! Exhibit’ at the gala.

• Roberto Racanelli created six amazing Judy-inspired couture gowns from dresses Ms. Garland wore in various movies throughout her career, which, at the gala, were viewed as a “Live Window Display” production.

• Two charities were recognized with a percentage of dress and birthday fragrance sales going to: ‘The Entertainment Community Fund’ and ‘Beauty Not Bullies!’

Overall, the evening was a wonderful success! And best yet! Vince Spinnato definitely hit a home run when he created the perfect formula for this amazing, alluring, even exotic, fine unisex fragrance. The fragrance reviews are great! Thank you everyone!!

Founder of The House of Racanelli

Old Hollywood glamour never seems to fade, especially when talking about Judy Garland’s wardrobe and styles from classic films such as “Meet Me in St. Louis”, “Easter Parade” and other films. At Ms. Garland’s 100th Birthday Gala and Fragrance Reveal, Roberto Racanelli, House of Racanelli, introduced six re-created and inspired-by dresses Ms. Garland wore. The six dresses were re-imagined by Racanelli as to how Ms. Garland would wear these gowns in today’s time.

Five percent of the sale of each of these couture gowns will benefit the Entertainment Community Fund (ETF), a national human services organization that supports the entertainment community with emergency financial assistance, affordable housing, healthcare and insurance counseling, senior care and much more.

One percent of each of the special edition JUDY birthday bottles will go to support ETF as well.

The History:
In MGM’s 1946 box-office success, Ziegfeld Follies, multi-talented Judy Garland wore a beautiful blue dress while performing one of her most poised, elegant and complex musical dance routines.

The Inspiration:
The ever-changing tone of blue as the silk fabric moves in the light with such fluidity and grace is reflected in Racanelli’s rendition of Ms. Garland’s figure-hugging gown.

A Star is Born

The History:
The original movie of A Star is Born was released in 1937. There have been three remakes of this movie. Judy Garland and James Mason starred in the second 1954 adaptation, in which Garland was nominated for an Academy Award for Best Actress for her performance in this film.

The Inspiration:
For this gown, Racanelli carefully selected dark blue and violet beaded fabrics capturing the essence of deep-sea corrals and bearing the iridescence of Judy Garland’s dress that shimmered as her character climbed the stairs to accept an Oscar in the movie A Star Is Born. 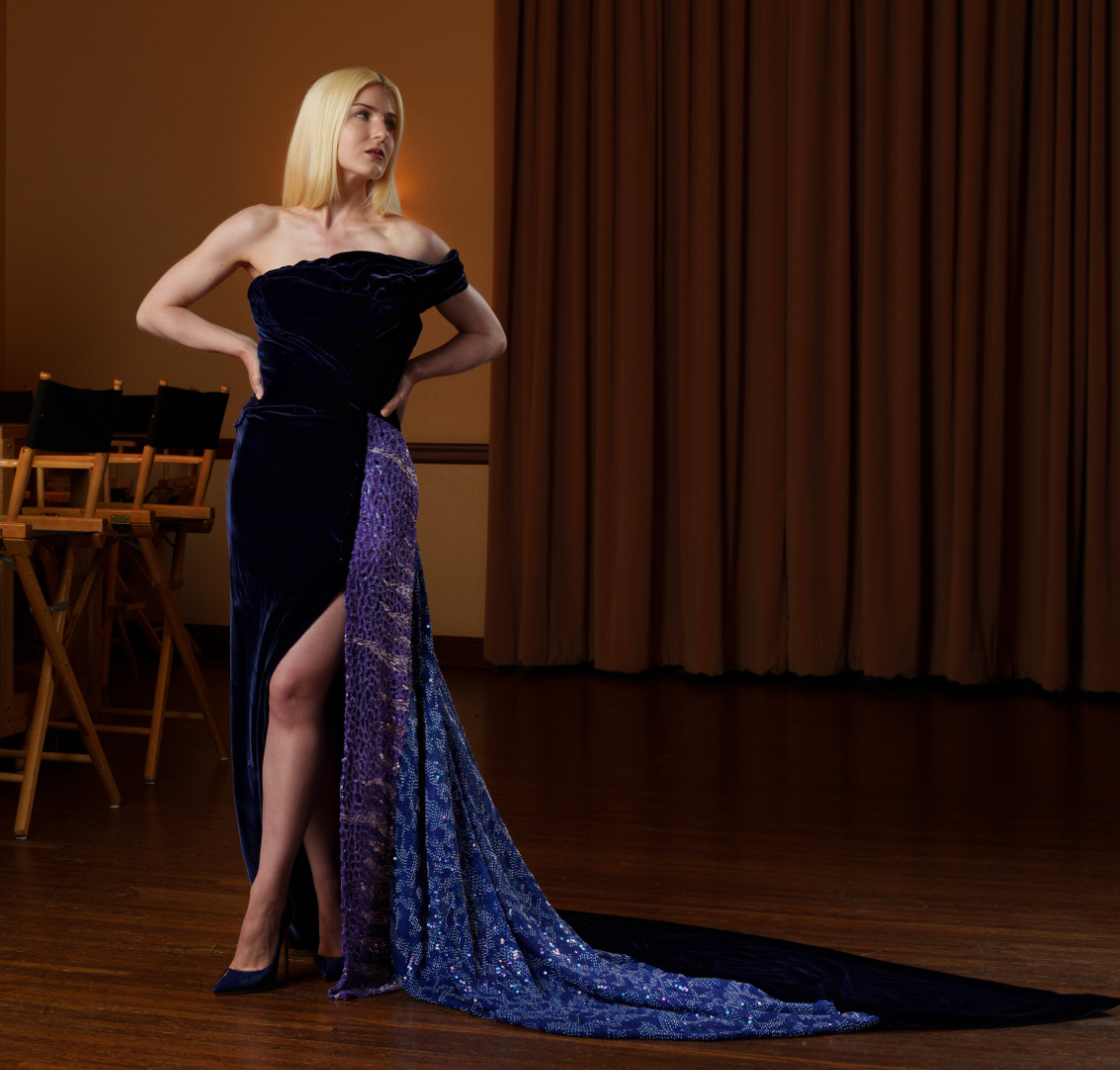 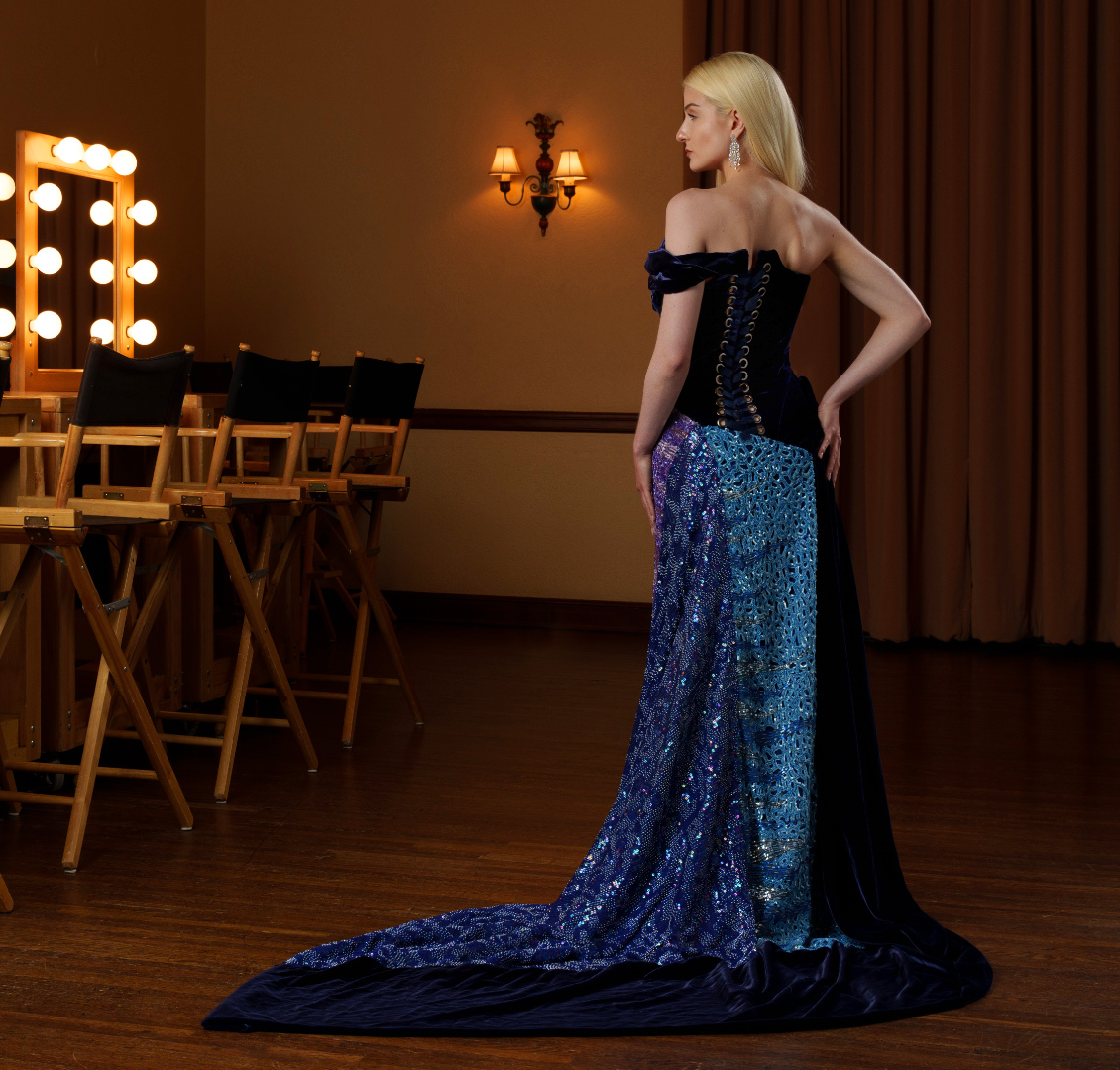 A Star is Born

The History:
The original movie of A Star is Born was released in 1937. There have been three remakes of this movie. Judy Garland and James Mason starred in the second 1954 adaptation, in which Garland was nominated for an Academy Award for Best Actress for her performance in this film. In one of her infamous scenes, she wore a lilac dress while singing “Melancholy Baby”.

The Inspiration:
The train of Racanelli’s lilac dress flares out like the tail of the lesser bird of paradise, an endangered bird found in New Guinea. Captivated by the magnificence of these exotic birds, Racanelli added long, elaborated extensions spanning both sides of the couture gown. 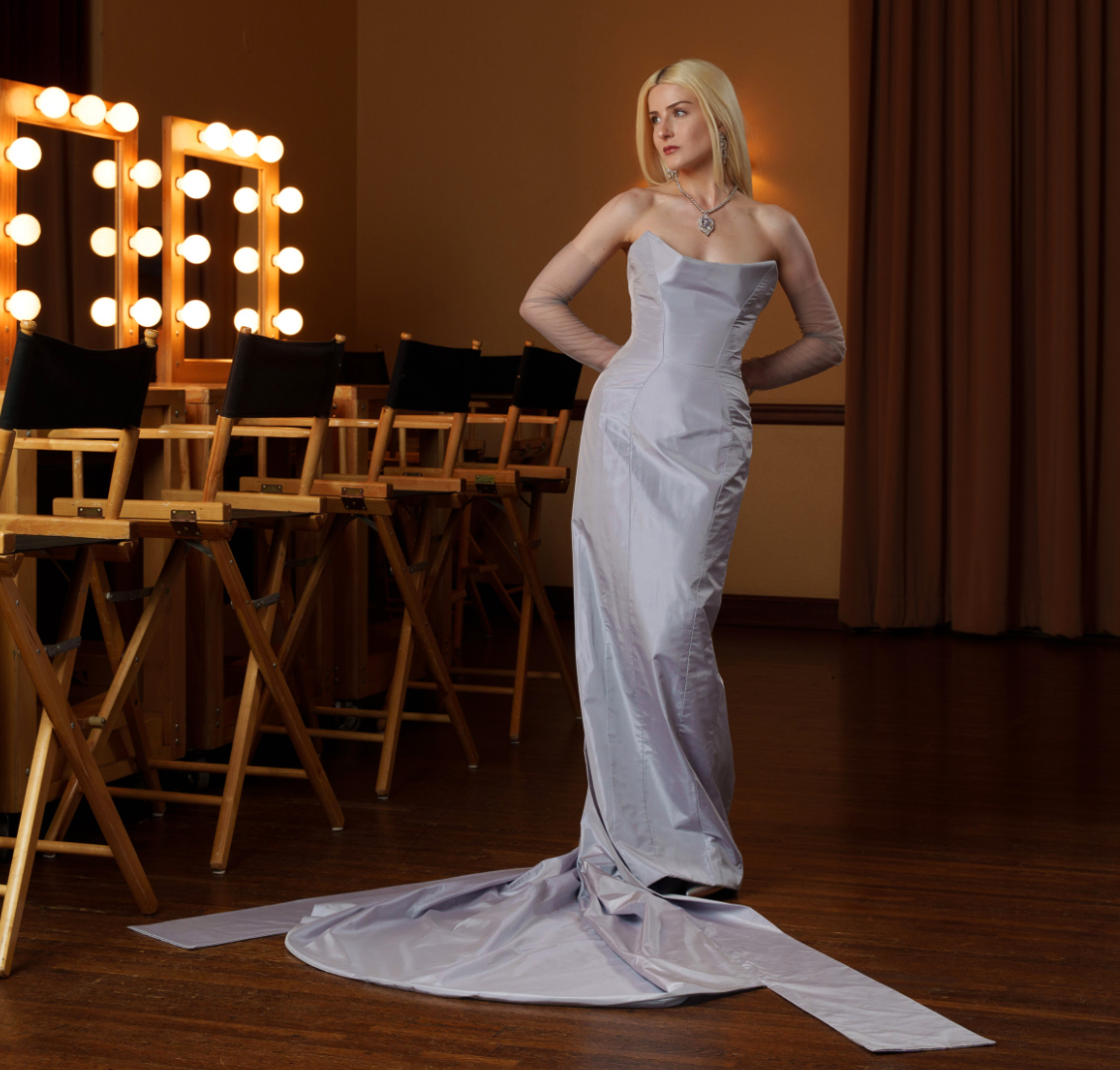 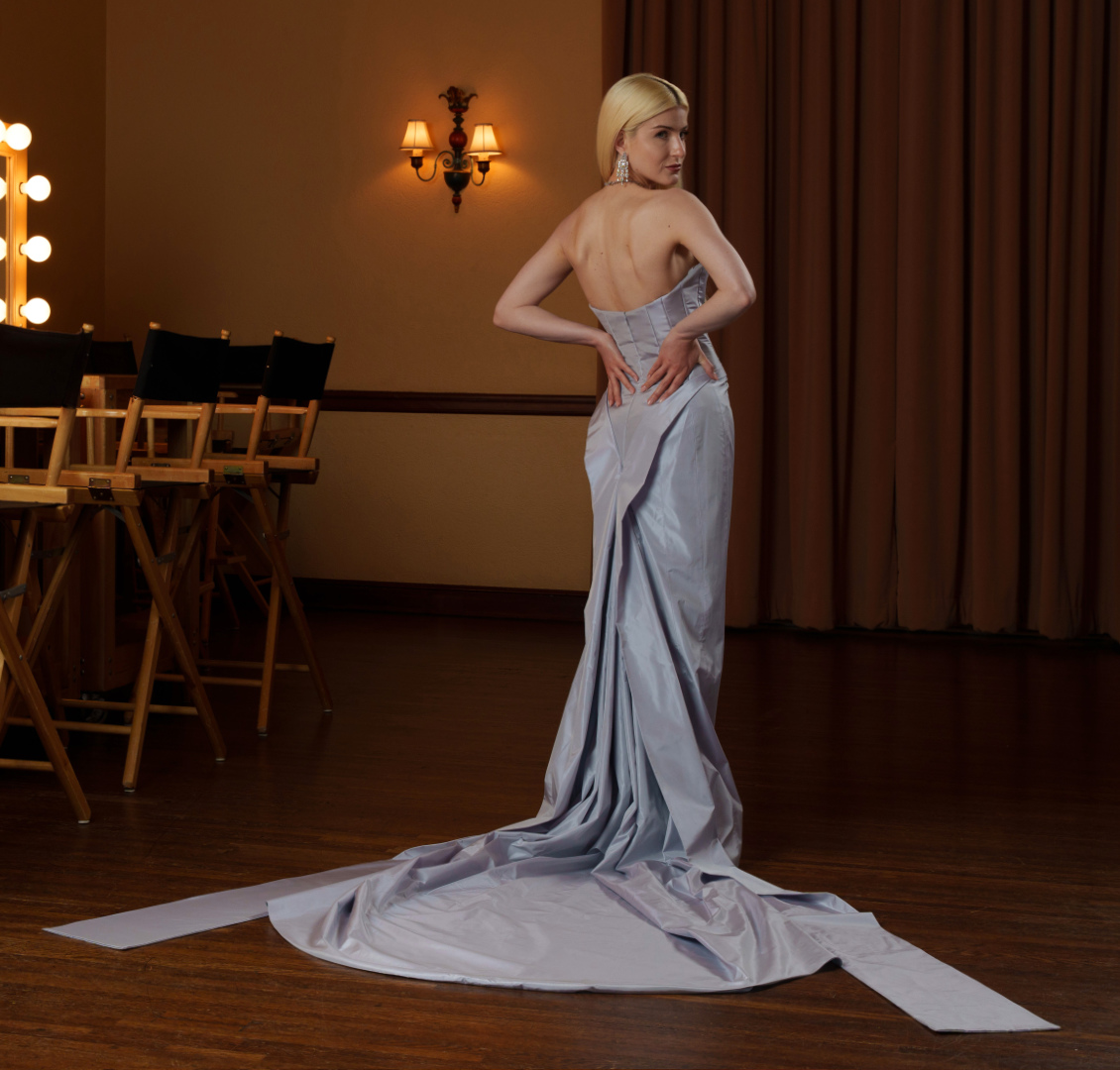 Till the Clouds Roll By

The History:
MGM produced the 1946 musical-drama Till the Clouds Roll By based on the story of Jerome Kern. In this movie, Judy Garland wore a primrose yellow gown while performing a dance number to the music “Who”. She was four months pregnant with Liza when this movie was filmed.

The Inspiration:
After watching Ms. Garland’s exquisite dance performance in Till the Clouds Roll By, Racanelli imagined his interpretation of her dress as embodying the sun’s rays, exuding light with a touch of sparkle emitting from the beaded tulle fabric. 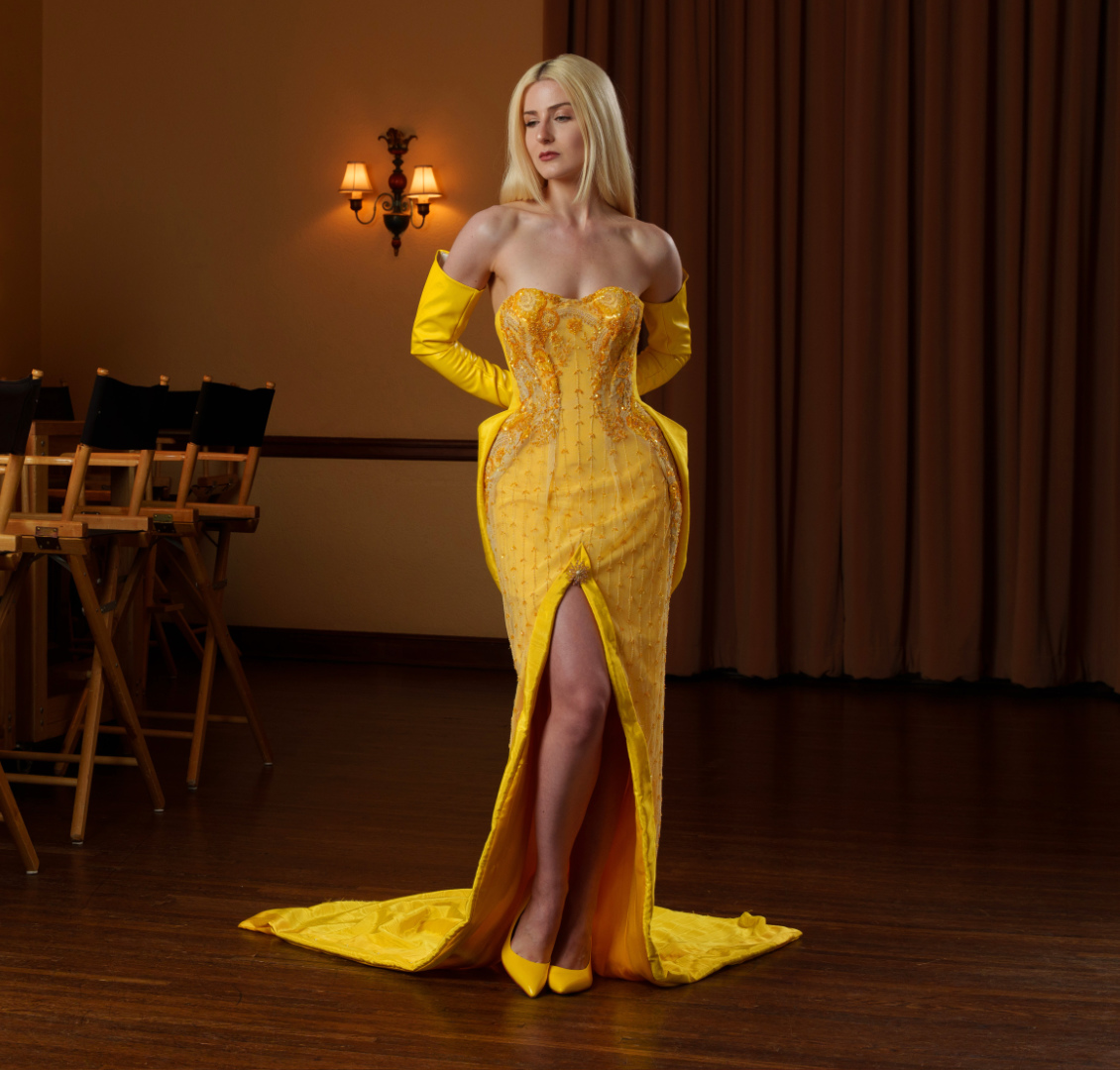 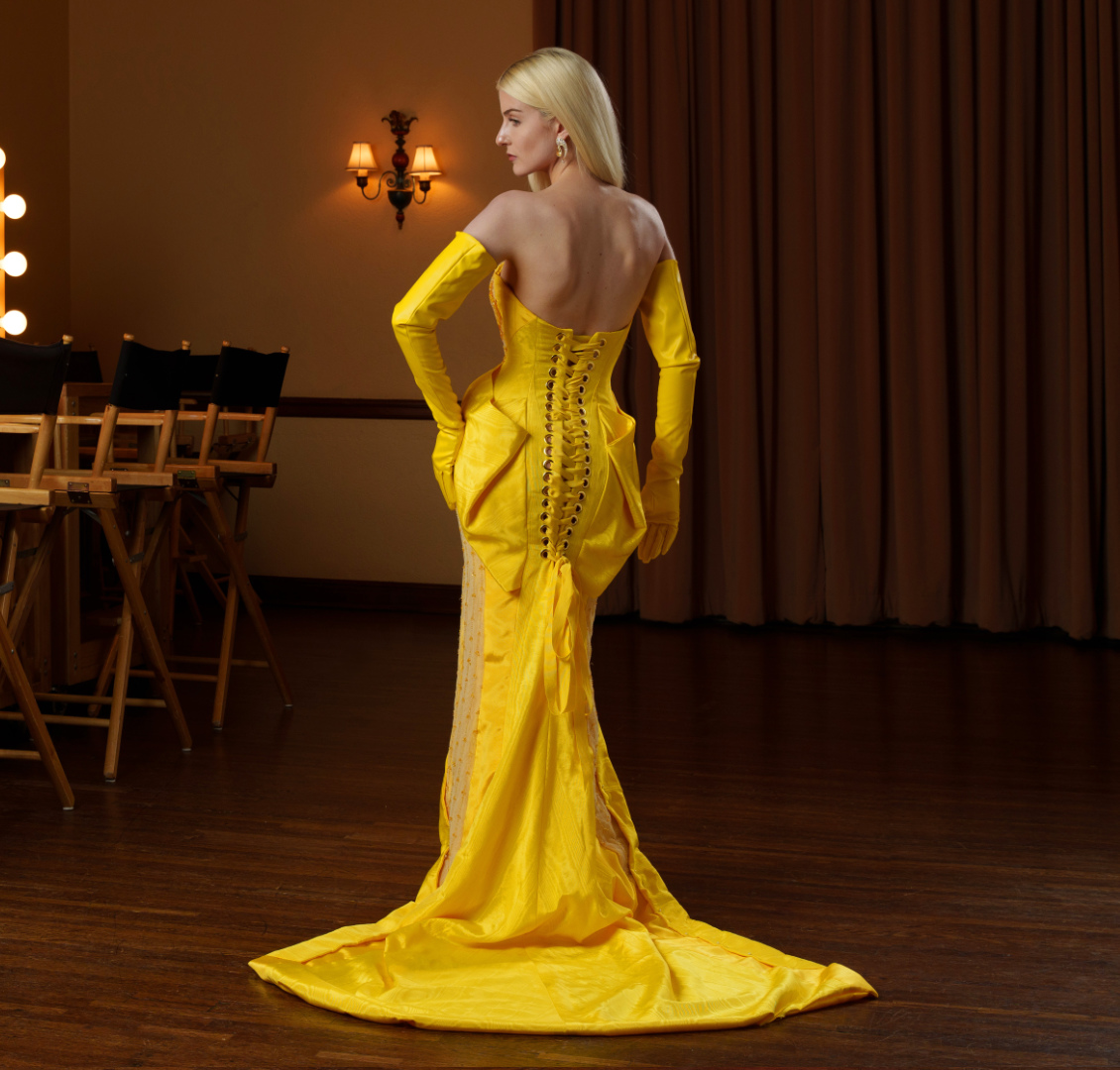 Meet Me in St. Louis

The History:
Judy Garland wore an iconic red velvet dress when she sang “Have Yourself a Merry Little Christmas” to Margaret O’Brian in MGM’s 1944 classic movie Meet Me in St. Louis.

The Inspiration:
Designer Roberto Racanelli wished to create the illusion of a blooming rose with the red taffeta fabric as the silky, soft movements of rose petals combined with feelings of romance triggered his emotions. 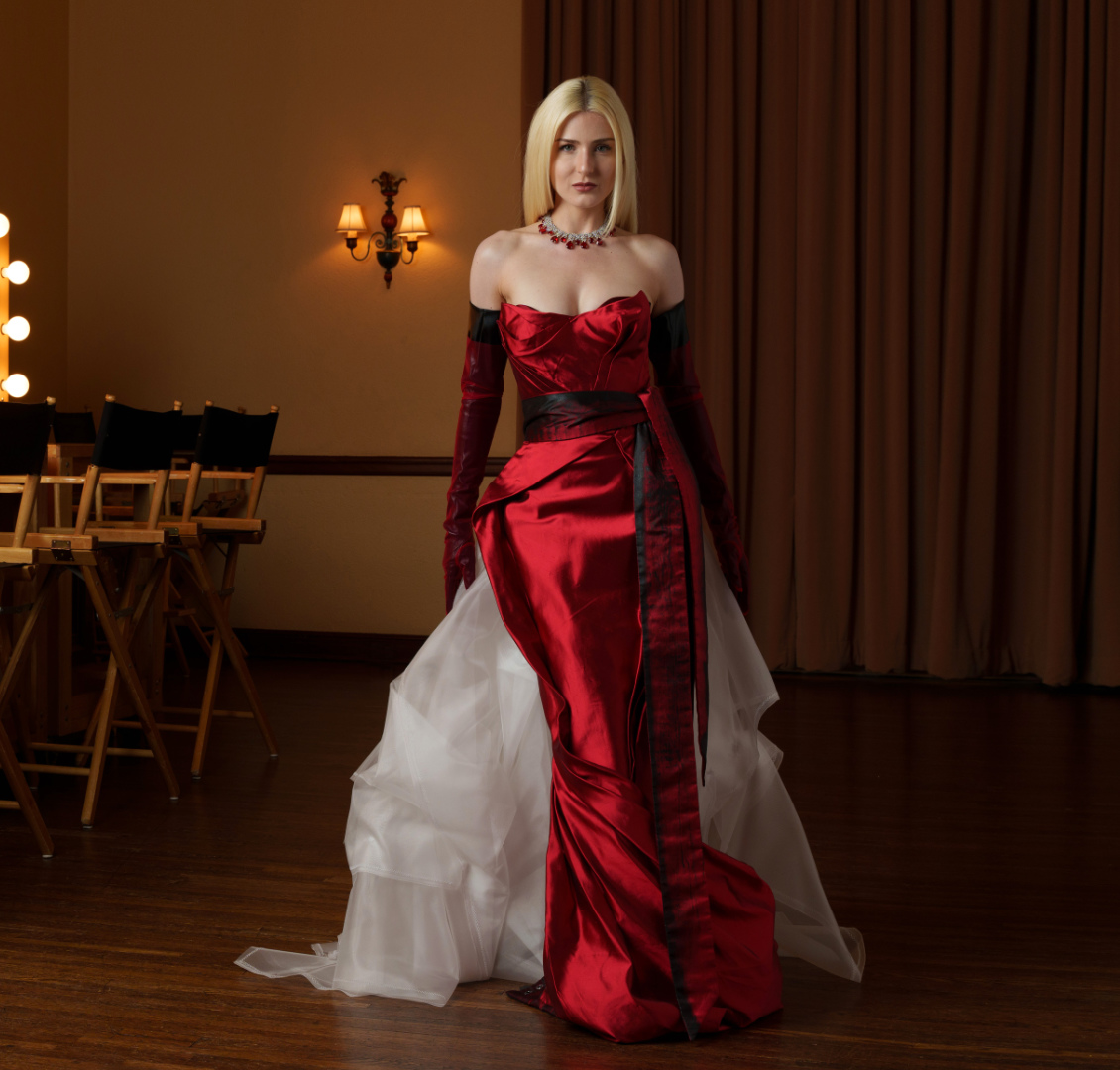 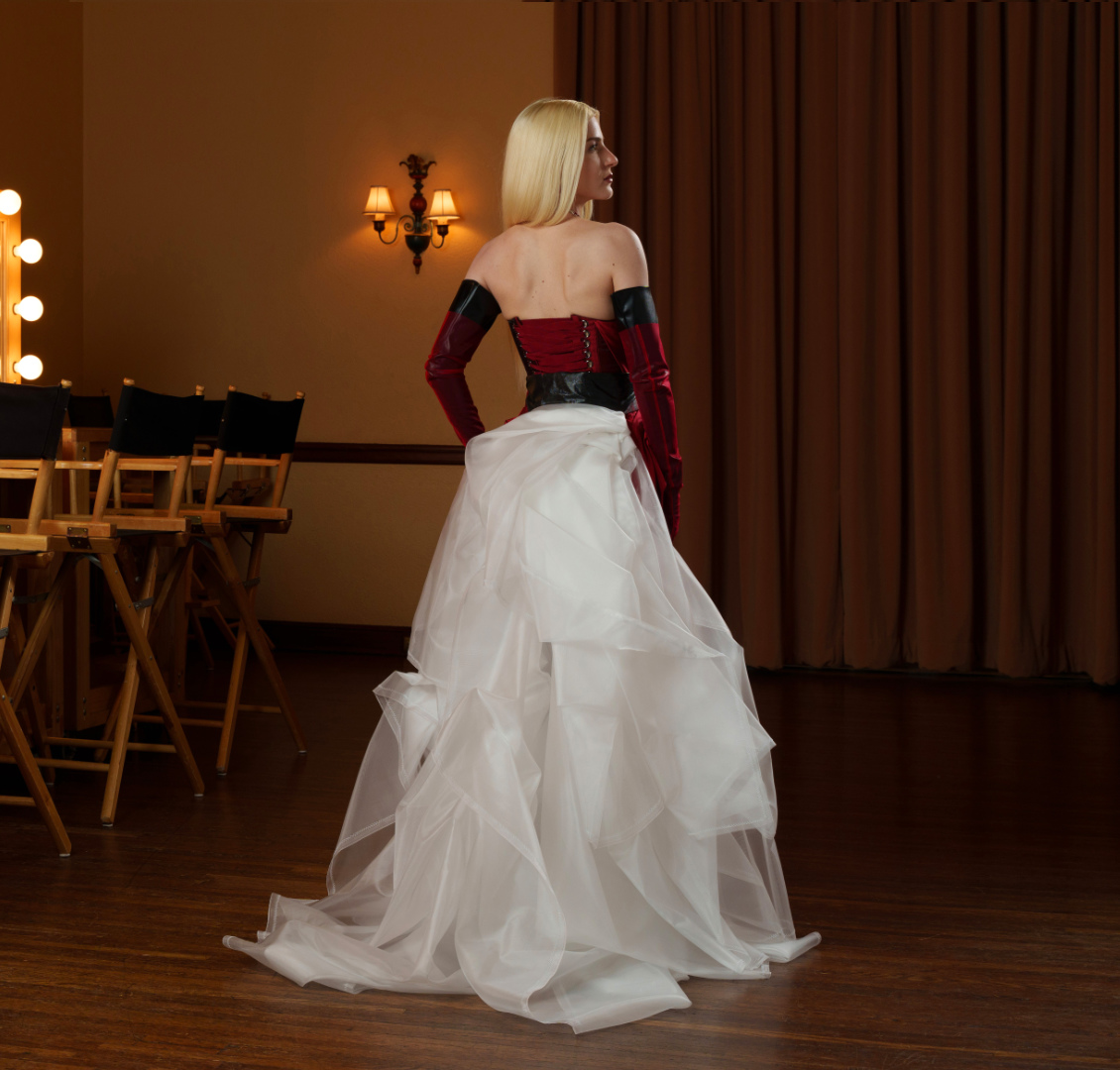 Back with crinoline train 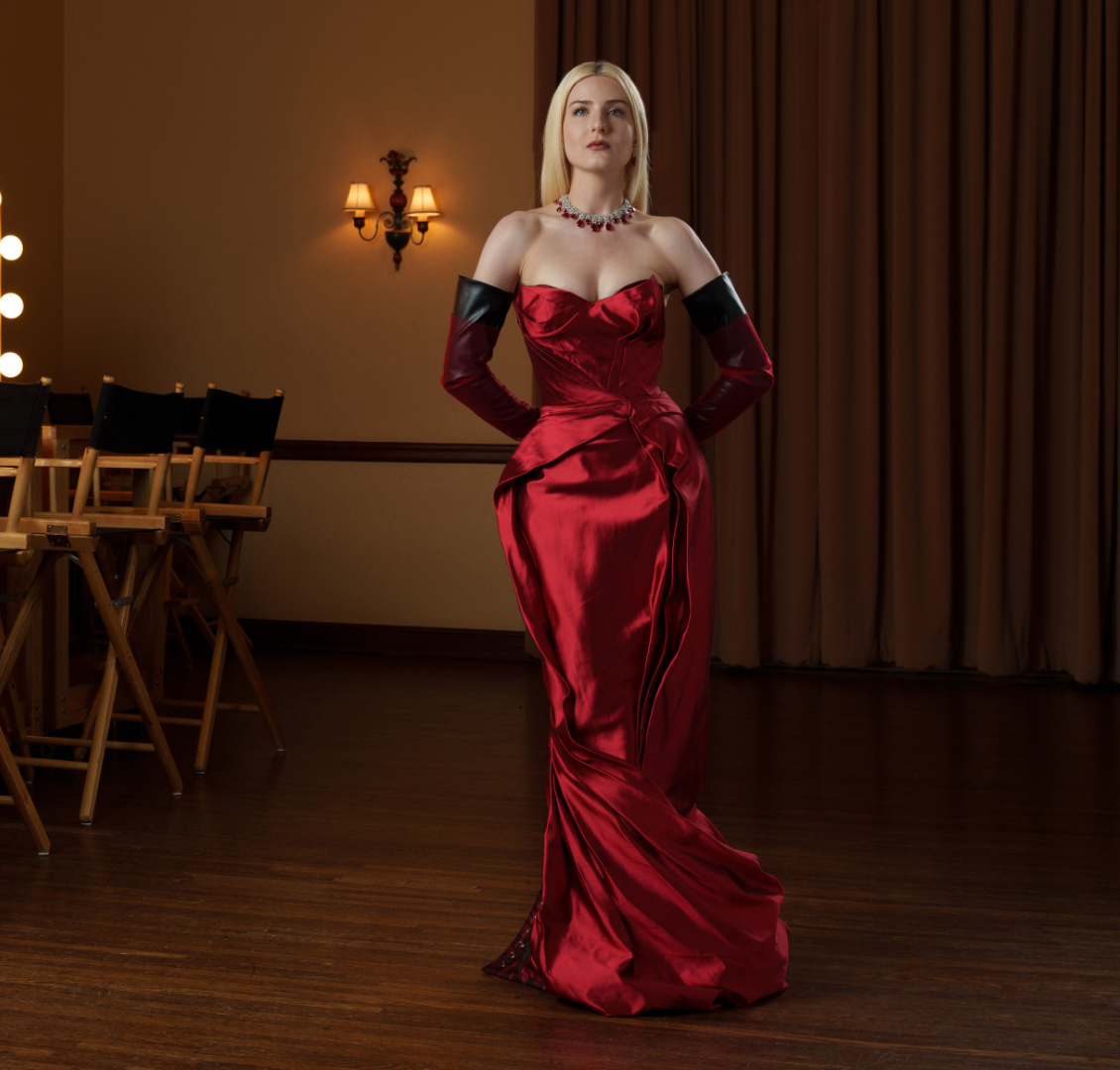 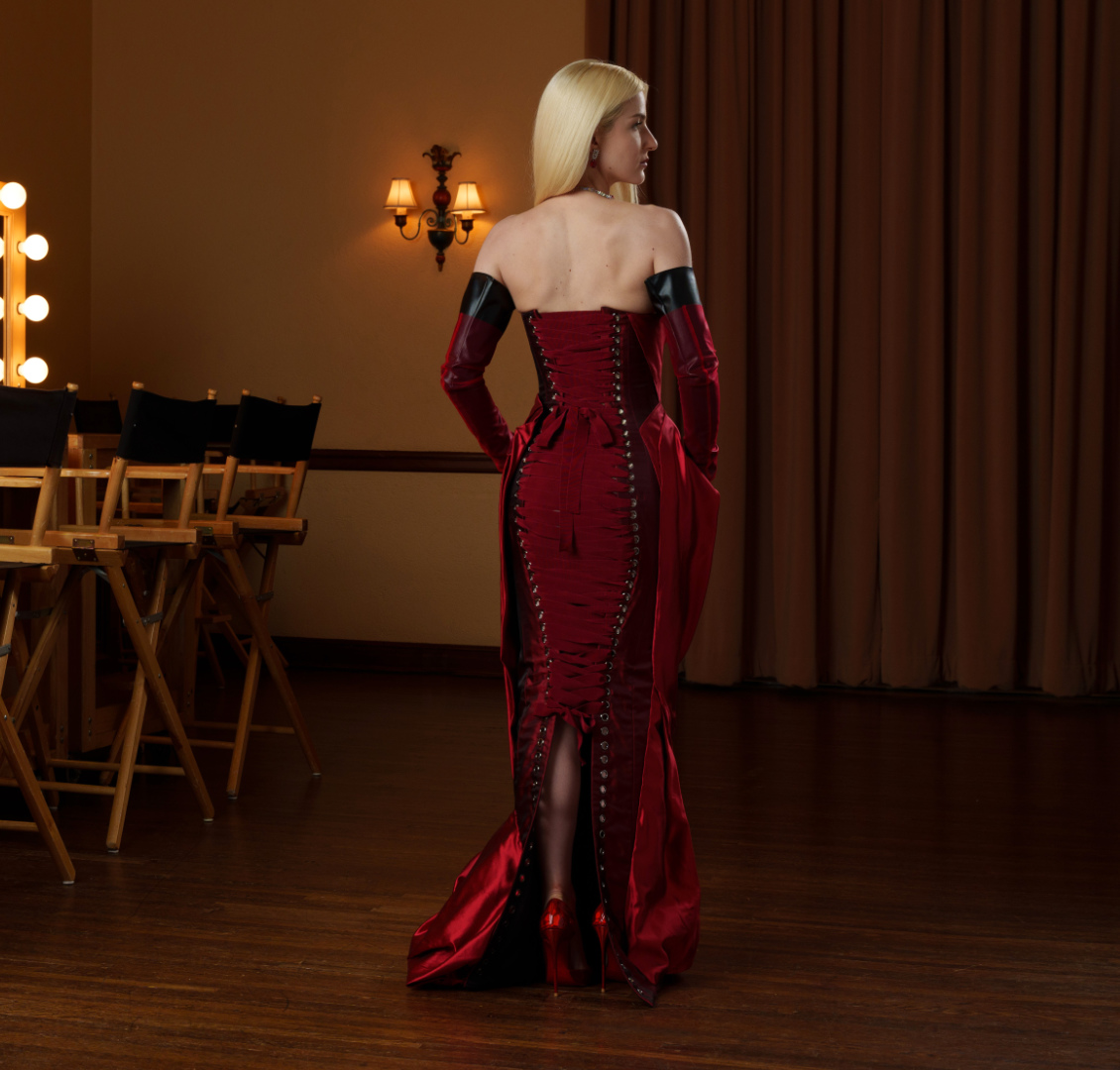 The History:
A critical and commercial success, Easter Parade was the highest-grossing musical film of 1948, and the second highest-grossing MGM musical of the 1940s. Fred Astaire came out of retirement to play opposite Ms. Garland in this film. While wearing a beautiful two-piece green dress, Garland sang “Better Luck Next Time”.

For a limited time, Judy is available in a limited edition 100th birthday celebratory bottle.

This newly-created unisex fine fragrance was inspired by what Judy Garland herself wore. This fragrance showcases a hint of the official Judy Garland Rose with the addition of Dark Orchid, Coriander and a medley of sultry Gourmand and spice notes, modernizing this fragrance to an all-inclusive and gender-neutral scent.